I’m sure everyone has gone through the Royal Wedding fever and some may even still be into it now. Include myself included in that list as I’ve been thinking for two days now about the style used in making the Royal Wedding cake.

As most of you know, Ms. Fiona Cairns was commissioned to make the wedding cake. She was trained as a graphic designer and her creativity is probably one of the reasons why her cakes are sensational.

According to sources, the wedding cake she made was a traditional multi-tiered fruitcake and traditionally, Ms. Cairns plays around high quality fruits like Lexia raisins and Vostizza currants.

Lexia raisins are Muscatel grape raisins which are extra-large and light with some of the scented character of the fresh fruit and a tiny seed or two. This type of raisins are truly a delicious exception to the usual dried white  seedless grapes raisins we see in the markets today.

On the other hand, Vostizza currants are the dried vine fruit product made from a special type of black grapes cultivated exclusively in the ancient town of Aeghio in Corinth. What makes Vostizza currants different from among the other currant varieties is the slope of the ground of the vineyards and microclimate of the Aeghio region. 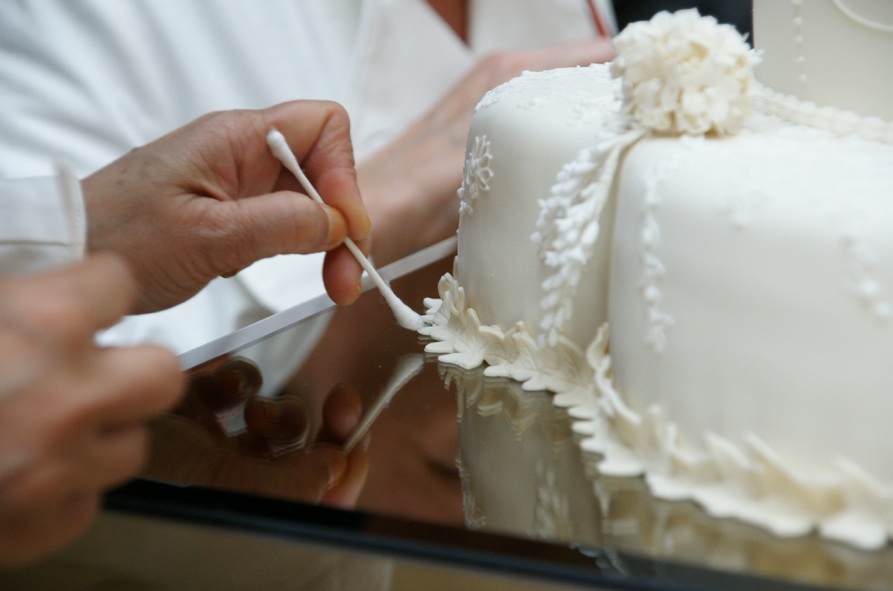 According to Ms. Fiona Cairns, the Royal Wedding cake was decorated using the Joseph Lambeth technique. I’m not a baker myself although I make delicious cupcakes and the only method I’ve heard about when it comes to decorating celebration cakes is the Wilton method which makes use of buttercream. I’m not even a huge fan of buttercream that’s why I enrolled in a cake decoration class that uses the Boiled Icing or the 7-minute frosting. Anyways, so what the hell is this Joseph Lambeth technique?

Fortunately, I have come across an article about this cake decorating technique:

In 1934, Joseph Lambeth put out his own book on decorating cakes using the Lambeth method. The book was a how-to book and included many tips and lessons on using the Lambeth Method to create ornate scrollwork, flowers, vines, and specialty figures.

The Lambeth Method’s unique use of overpiping to create lacey, floral and ornate patterns on top of a fondant covered or marzipan cake is easy to recognize and often, people add embellishments to the ornate piping work, such as pearls or gems, lace, fresh flowers, or a bit of embroidery.

There’s also an interesting post about the history of celebration cakes and it mentions the Lambeth method as one of the widely-used cake decorating techniques. Now, I can confirm that I’m just a baking noob to not even have heard about it 🙂 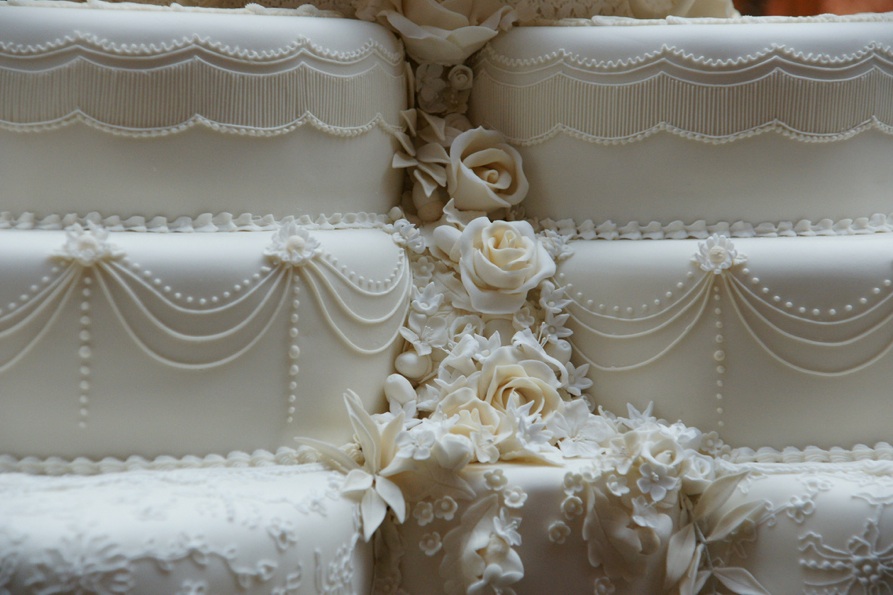 But look at the details in that cake! They’re so intricate and they leave me in total awe at the creativity of Ms. Fiona’s hands. I’m a fan of The Cake Boss on  TLC and have already thought that Buddy’s creative cakes  owned all the other cakes out there… well, not until I’ve seen the Royal Wedding cake.

It looks simple but is stunningly beautiful. It’s so regal and it really fits the occasion. Seeing this cake all torn up after the party will break my heart.

I hope you learned something new about the so-called Lambeth technique and let’s all head to Amazon.com to grab that book which by the way sells for US$275 🙁 It’s a pricey investment but who knows, one of us may be commissioned to make a Royal Wedding cake in the future? 😛

*All Royal Wedding cake photos are taken from The British Monarchy Flickr sets which says it’s Joseph Lambert (should be Lambeth!).