In 2014, KORAIL began to offer KTX high-speed train connections from Incheon International Airport to Seoul, Daegu, Busan and other cities in Korea. However, the Incheon Airport KTX service has been suspended as of the end of March 2018. The main reason was that the demand was too low and ridership stayed far below necessary numbers.

This blog post was written when the KTX Incheon-Busan service was still available. Note that KTX Seoul-Busan is still open and very much available.

I arrived in Seoul around 5 in the morning of April 17. It was still cold outside but the temperature inside Incheon International Airport was just right. I got a red eye flight from JejuAir and it’s something I probably won’t take again even if it means paying more.

I wasn’t able to get some sleep during the flight because of the turbulence and it was challenging for me to think about my transfer to Busan while sleep-deprived. For those of you who think of visiting both Busan and Seoul, I highly recommend that you don’t get lured by the cheap round-trip Incheon-Manila fares. Instead, get the multi-city fare and enter through Gimhae International Airport, then exit from Incheon. In my case, I got the round-trip fare that was on sale but I ended up paying more for KTX tickets and spending more time and energy on transfers or commute that I could’ve spent on sightseeing or sleeping.

After going through immigration, baggage claim and customs, I first claimed my KT Olleh WiFi egg. I purchased the 4G Wifi Egg voucher from Klook which had a special discounted rate that ran until April 30. You can also find discounted WiFi eggs/routers from Trazy.com. You can claim the router or what they call WiFi egg either from Incheon or Gimpo.

I also got a Flexible 2-Day KR Pass from Klook which, at that time, offered a very slightly lower rate than Trazy.

The Flexible 2-Day KR Pass is cheaper than buying two separate tickets: one bound for Busan from Incheon Airport (72,900won), and another one bound for Seoul  (59,800won). The Flexible 2-Day KR Pass allows you to take the KTX on two separate days, not necessarily consecutive, within 10 days from the date of activation. In my case, I activated my KR Pass on April 17 so I need to take my 2nd trip no later than April 26. I actually used my KR Pass the first time on April 17 in going to Busan, and the second time on April 20 when I transferred to Seoul. 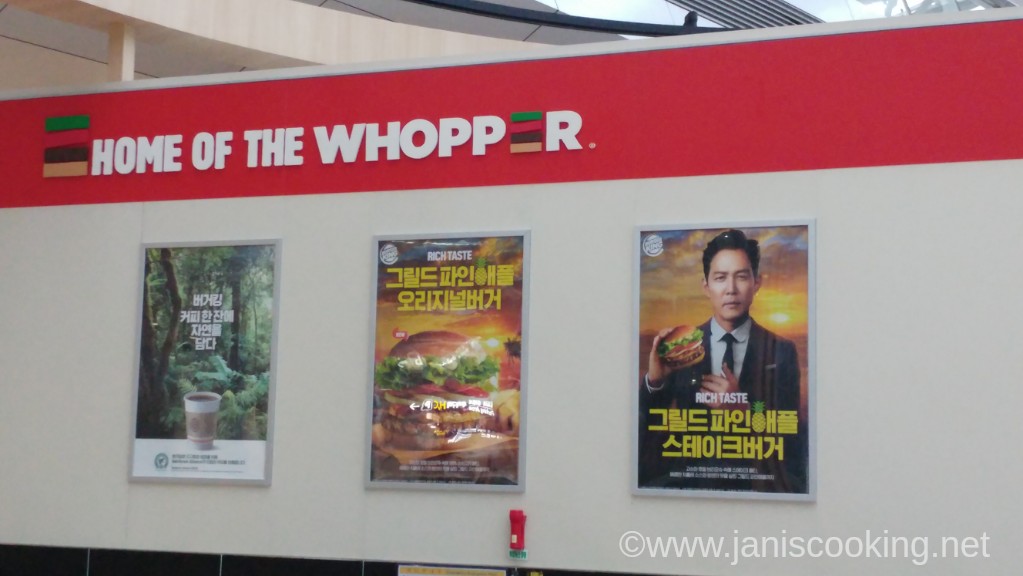 My KTX to Busan schedule was at 6:55am so I had time to check out Incheon Airport. Unfortunately, most shops near KTX gates were not open yet. I noticed that Lee Jung-jae was the model for Burger King and since we loved his movie “New World,” I had to take a picture and send it to my husband. I was also amazed that Incheon Airport has a theater!

I wasn’t hungry while going around but I knew that my trip will take 3.5 hours or so and I will definitely get hungry on the train so I bought a dosirak (Korean lunch box like a Japanese bento) from a convenience store near the KTX gates at Incheon Airport.

I’ve read that some people transfer to Seoul Station first before taking the KTX to Busan. There’s now a direct KTX from Incheon Airport to Busan so there is no need for that extra transfer to Seoul Station. Indeed, there are fewer KTX departures from the airport than from Seoul Station but there’s no harm in waiting especially if you have the comfort and convenience offered by the best airport in the world! What’s also good with starting from the airport is that you get first dibs on good seats 🙂

After 3.5 hours of KTX ride with stops at major stations including Seoul Station, I finally reached Busan. It was raining the whole day of April 17. It only stopped raining around 6:30 or 7 in the evening. The picture above was taken on April 19 but I just wanted to show how nice the structure of Busan Station is.

I was bound for Seomyeon and from the Arrivals at Busan Station, I headed for the escalators that you can see in front and walked to the left side near the tree. That’s where the taxi bay is for those going to the direction of Seomyeon. At the right where you can see a truck parked in front of the tree is also another taxi bay but that’s bound for the opposite direction. That’s where we alighted from the cab we took at Gamcheon Culture Village.

So there, I finally managed to reach Busan and I can’t wait to post about the rest of my Busan adventure!