One of the top 10 things to do in Busan as per Tripadvisor is to visit Gamcheon Culture Village. Said to be the Machu Picchu of Busan, Gamcheon Culture Village is composed of colorful houses built on the foothills of a coastal mountain. The many alleys that cut through this community are vibrantly decorated with murals and sculptures created by the residents themselves.

I visited Gamcheon Cultural Village in late April and the weather was perfect because even if it was cold, the sun was out and it made the weather really comfortable for sightseeing. In case you’re wondering about what you should wear in April in Busan or in Seoul, let me tell you that based on my experience, Busan is hotter than Seoul. Late April mornings in Busan would register about 16-18degrees Celsius while in Seoul, that would be around 12-15 degrees. The weather after a rain is colder. It was raining on my first day in Busan and the morning after was really cold like it was around 10-12 degrees.

Based on these temperature ranges, you will still need to wear layers but definitely not winter clothes unless you are super sensitive to cold weather. By layers, I mean long sleeve shirt, a jacket and a scarf. At night, I saw some people still wearing beanies but I personally did not find it necessary. I would suggest bringing a beanie and a pair of gloves only for contingency. At first, I was thinking whether I should wear my Uggs or FitFlop boots but they’re no longer necessary for spring. A comfy pair of sneakers was all I needed and I did not have problems with my feet getting cold or what.

After the jump, I’ll be telling you how to get there, what you can see or do there, and I’m also going to share a quick video clip that I took while in Gamcheon Culture Village.

When you get out of Exit 6, you will immediately see a road intersection. Walk towards it and turn right. As you walk, you will see the Pusan National University Hospital Building at the right side of the road.

Continue walking until you see the bus stop where that green bus is. 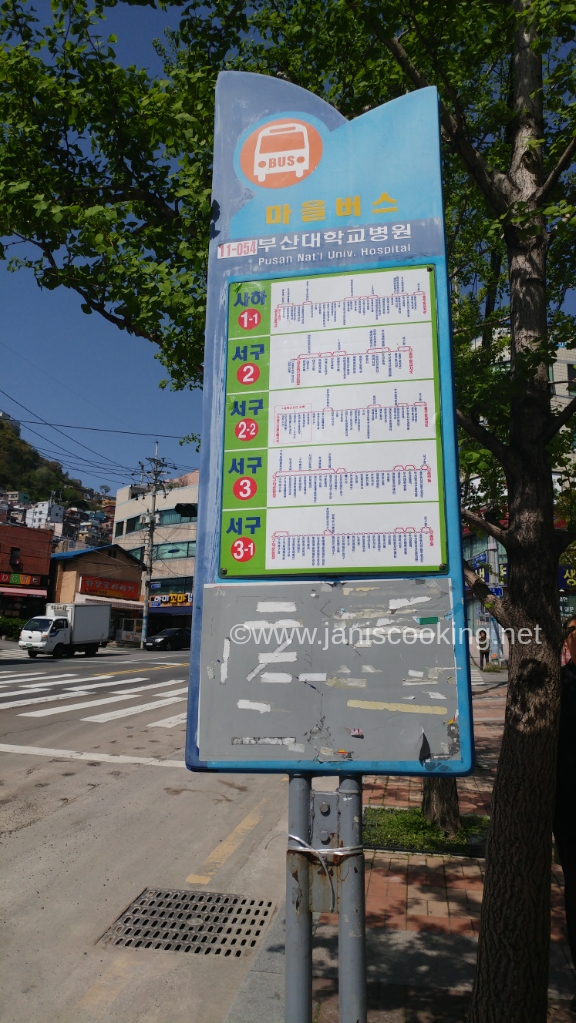 The bus numbers you need to take are either Saha 1-1, Seogu 2, or Seogu 202 and they will drop you off at Gamcheon Elementary School. They’re local buses which are smaller than the city buses. You can pay in cash or use T-Money. However, the intervals for which the buses arrive at the bus stop are quite long and sometimes, the bus may be full so taking the bus might not be a time-efficient option if you have a packed itinerary.

My suggestion is to take a cab which I did and in less than 10 minutes, traffic permitting, you’ll be at the entrance of Gamcheon Culture Village. The taxi fare I paid amounted to around 3,200 won. I highly suggest getting a cab from Toseong Station especially if you are in a group of at least 3 persons because the taxi fare to Gamcheon Culture Village will turn out cheaper than paying individual bus fares plus it will get you to the village faster than if you wait for the next bus.

I got a cab only from Toseong Station. I’m not sure how much the taxi fare will be if I just went to the village straight from Seomyeon. If, however, you are coming from Busan Station, you can already get a cab from there and the fare will be around 4,800 won. That’s the amount I paid when I went back to Busan Station from Gamcheon Culture Village.

That’s the entrance to the village. Entrance is free but should you want to get a map, the cost is 2,000 won. Turn right at the archway and you’ll find the tourism office at the right. 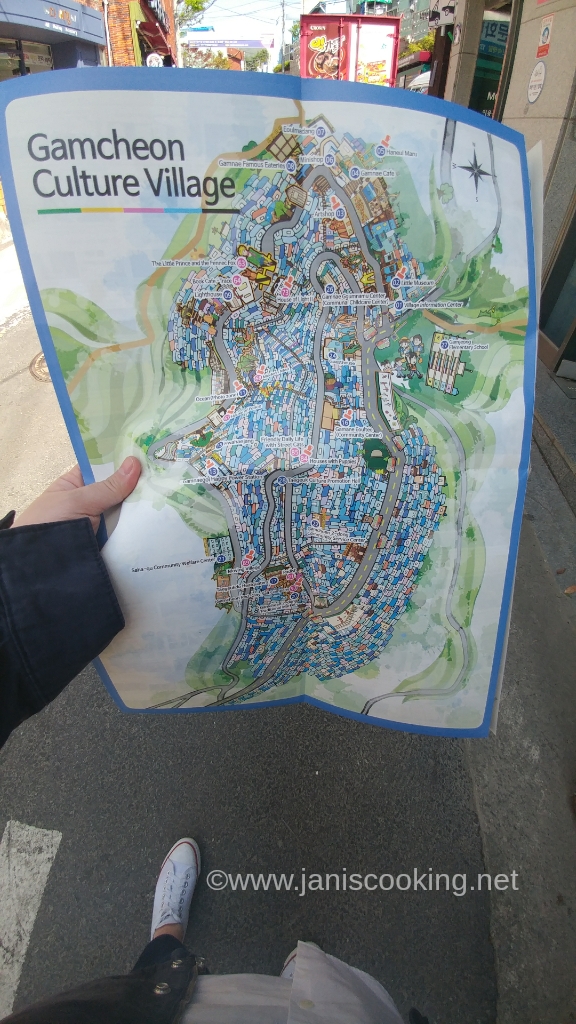 Aside from the map, you will also be given a card to put stamps on if you visit certain locations. If you complete the stamps, you’ll be getting a reward or something. I didn’t intend to spend a lot of time there so I just got the map. The photos below were primarily taken from the main road. I didn’t go through the alleys but I did enter some shops and cafes to get a better view of the village. 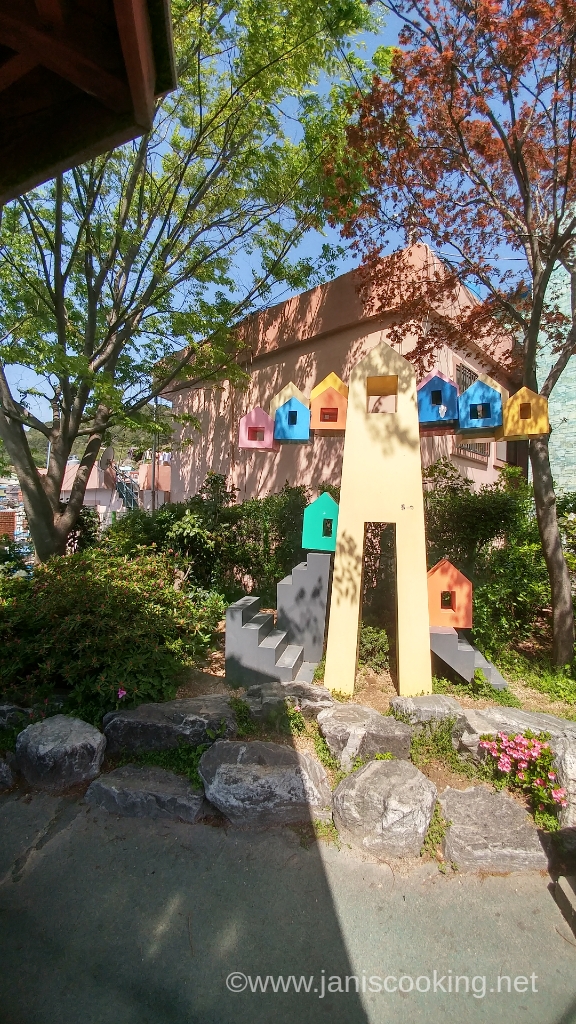 I don’t understand what the hype is all about but tourists take photos of those birds and it seems like it’s a popular thing to do.

There are plenty of shops selling snacks so you won’t really go hungry as you go around the area.

Everybody would like to get a photo with that fish as the background. I found it challenging because there were too many tourists and most of them don’t seem to understand the meaning of waiting for your turn. Rather than having my photo taken with the fish, I just took a photo of it while standing at the other side of the road. 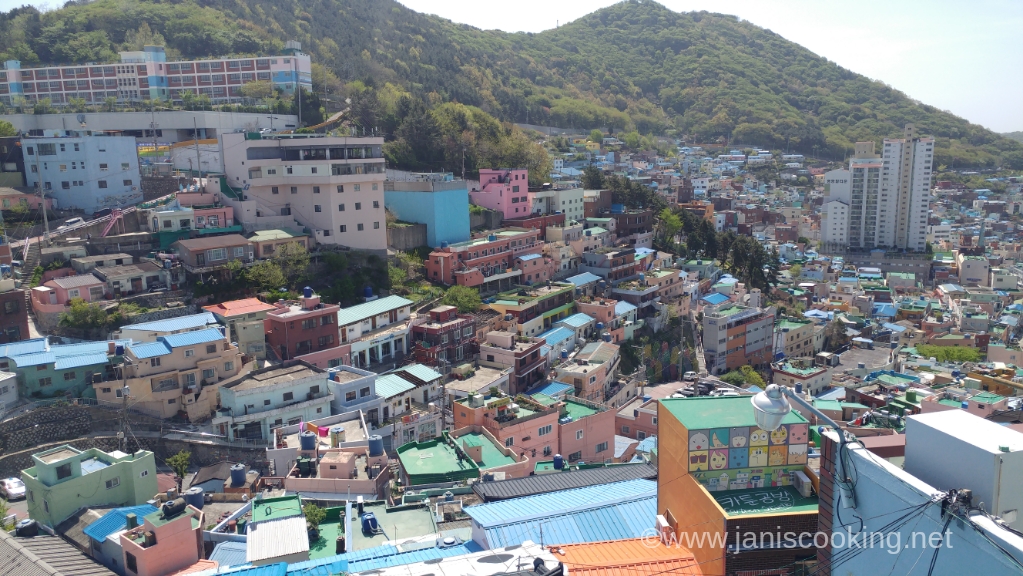 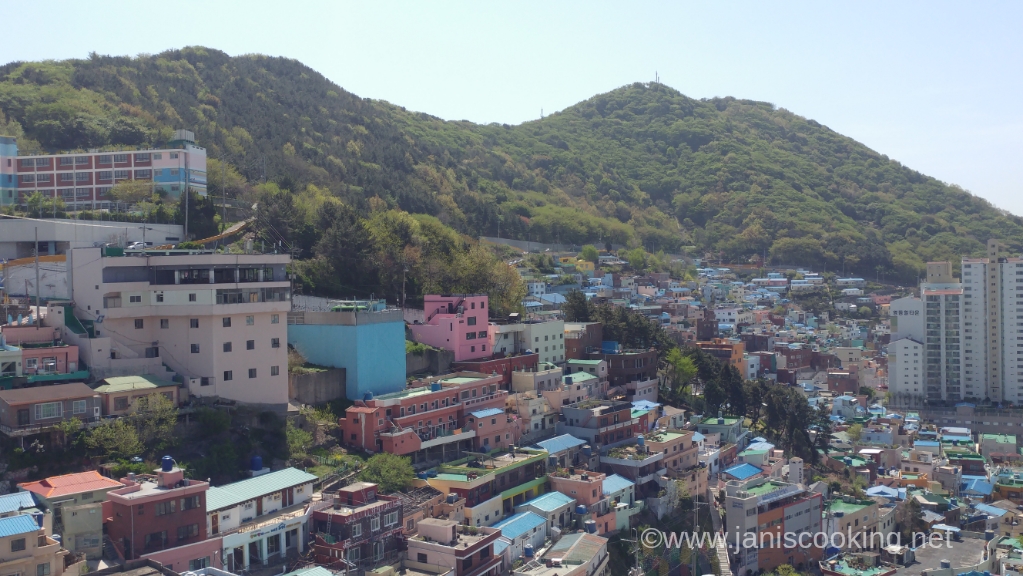 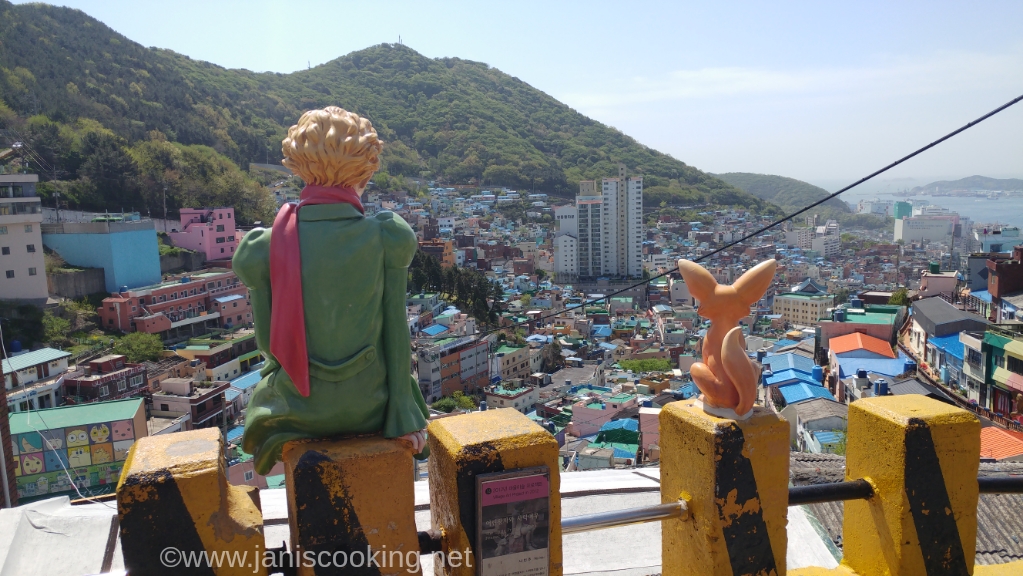 By following the map, you’ll find this famous spot of The Prince overlooking Gamcheon Culture Village in no time. This is a popular photo spot. As you might have read elsewhere, the drill here is that you will sit beside the Prince, put your arm around him, tilt your head towards his head or rest it upon his shoulder, look far away, and have your companion take that shot from behind. The line for a photo with The Prince was long so I decided to skip it. Also, it was too much of a production number for a solo traveler and I was so scared at the thought of sitting beside him which is dangerous, by the way. Just thinking about it is making my knees wobble. Anyhow, if you plan to sit beside The Prince, just be very careful. 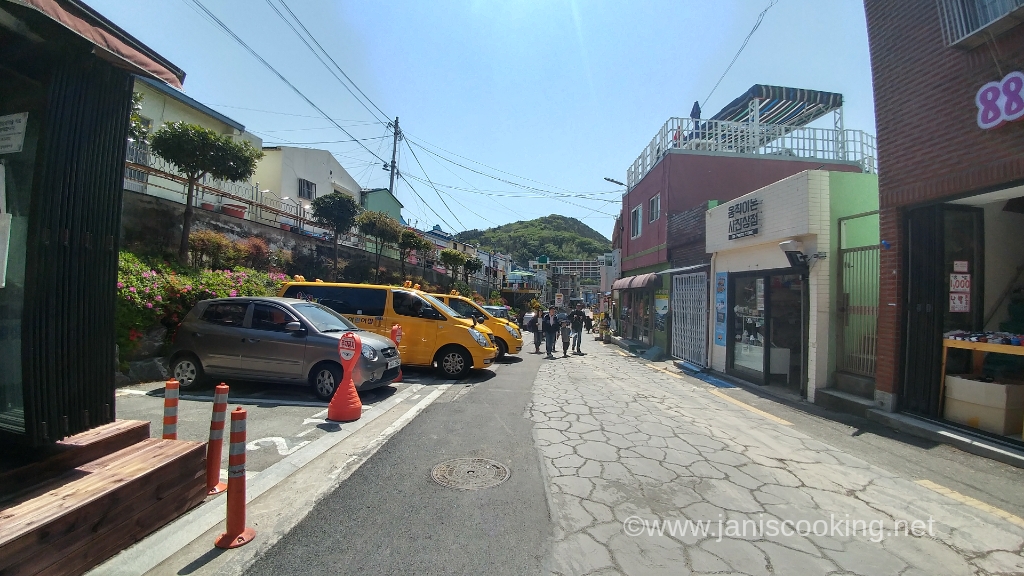 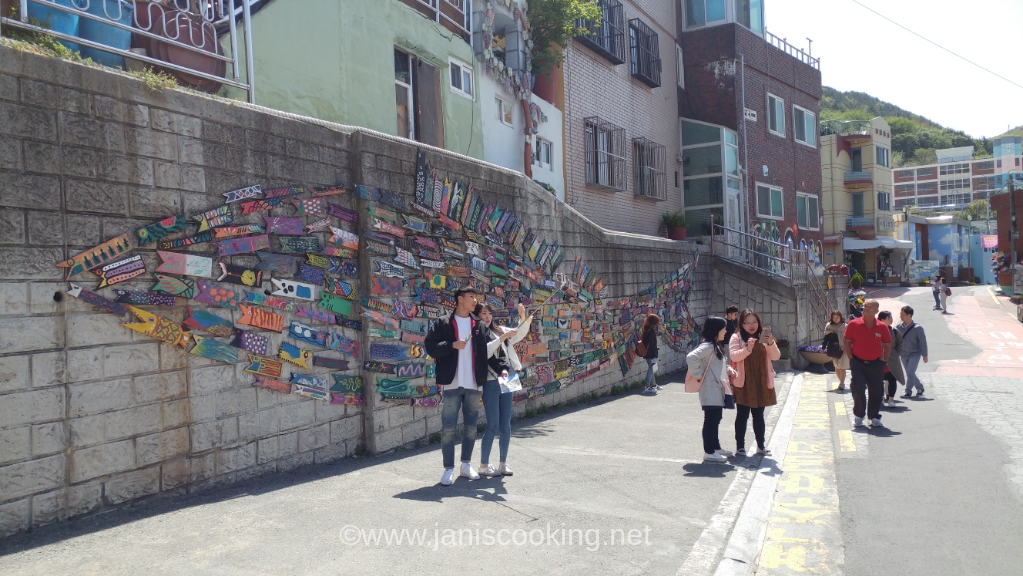 Getting a good feel of Gamcheon Culture Village can be done in an hour, I think. However, if you want to spend some time in a cafe or discover more hidden gems in the alleys, then prepare to be there for at least 2 hours.

Hope this post helps. Til my next one, Annyeong!

The Ultimate Guide To Getting A Korean Visa For Filipinos [Updated: September 2018]